Life Is Strange is a game developed by DONTNOD Entertainment and published by Square Enix in January 2015. It is a script game that has received many well-deserved awards ...

In this game, you play as Max, a student who is passionate about photography, and whose life is about to change abruptly... When she wakes up from a nightmare in the middle of class and goes to the bathroom, she hears a boy enter, Nathan, who has absolutely nothing to do here since these are not mixed toilets. He begins to speak on his own, claiming that he controls the school and that no one can reach it. Then comes Chloe, Max’s best childhood friend, who isn’t supposed to be there either as she’s not (or at least, not anymore) a student in this school. Nathan and Chloe start a lively conversation, in which the girl accuses her interlocutor of drug trafficking, and says he's crazy. He then takes out a gun, and, while threatening her, accidentally pulls the trigger. Max, who had been hiding from the beginning, suddenly screams, stretching out her arm, and... ends up back in the class she was attending a few minutes earlier. 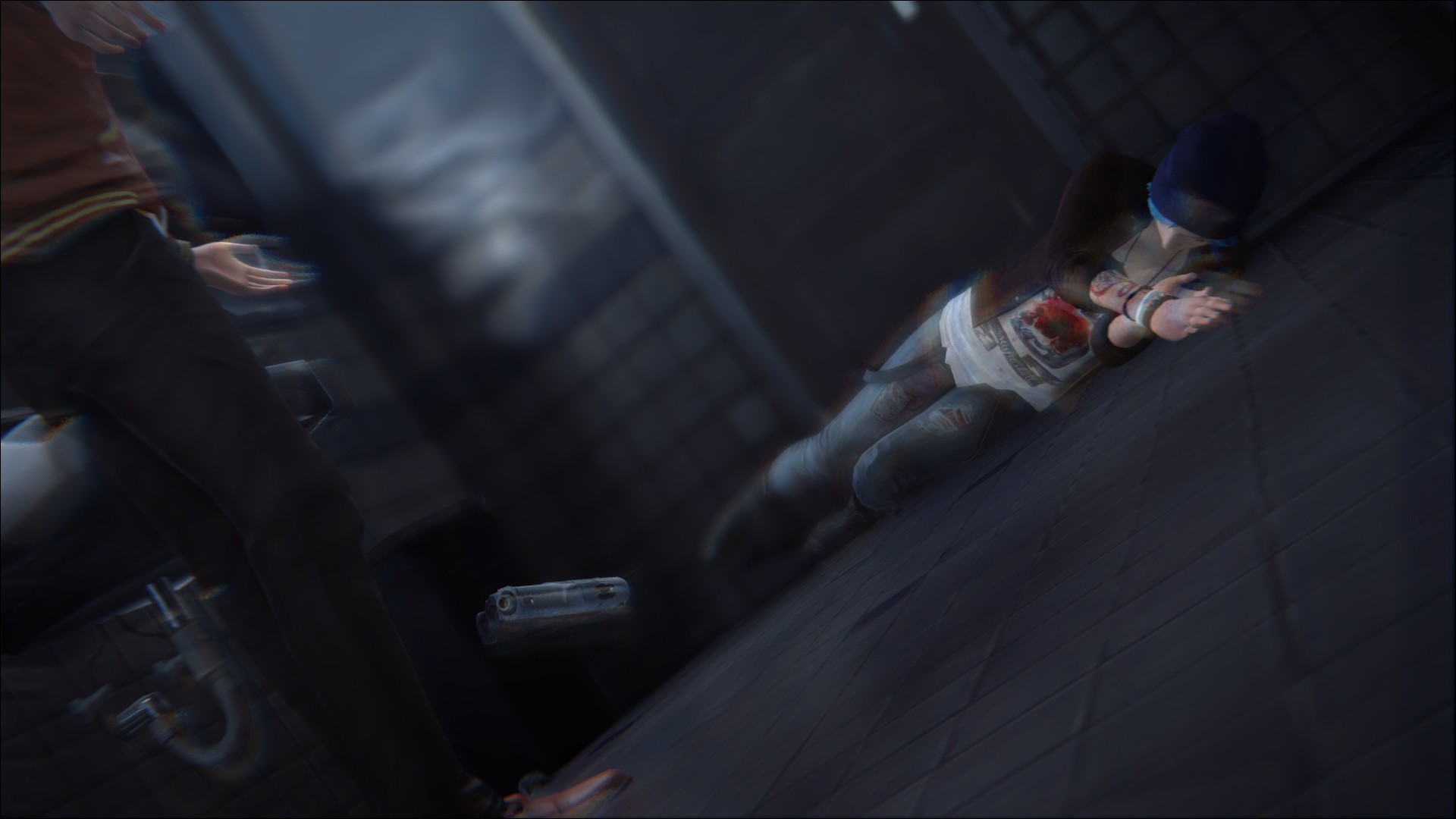 This is all where the interest of this game lies: your character can go back in time. This power, which suddenly appeared without anyone really knowing why, will not only save Chloe's life at the beginning of the game, but also those of others. In addition, the dark secret of Arcadia Bay, where the plot takes place, may well be finally revealed… Indeed, disturbing disappearances have occured for more than six months, without the people having ever been found. Rachel, a friend of Chloe's, was one of them... What happened to her?

After the scenario, which I have here (very) summarized in order to avoid any spoil, let us now approach the slightly more "technical" side of the game. First of all, know that it is based on the principle of the butterfly effect, which means the story is traced according to your choices - not only your actions, but also your words. So think carefully, especially since unlike other games such as Until Dawn for example, you have plenty of time to make your choice, and if you change your mind, you will still have a short time to go back in time and make another decision (with a few exceptions...). Especially since each choice offered may cause you to hesitate for a long time as they may have consequences...

The time travel theme is perfectly mastered: it can help you in banal situations (perform an action before someone performs another, be able to answer a question in class...), but also crucial (avoiding an accident, avoiding serious troubles in the school...); this power will be used more and more as the story progresses. In addition, the possible consequences of it have been largely taken into account: risks of modificating the present, modifications of behavior and relationships between the characters according to changes made in the past... or even (much) worse.

Regarding graphics, this game is a real work of art: the backgrounds and characters are drawn manually (probably on graphics tablets), as well as the HUD which even has some nice animations. Likewise, the game has a particularly beautiful soundtrack that will accompany you throughout the adventure; everything is done brilliantly. 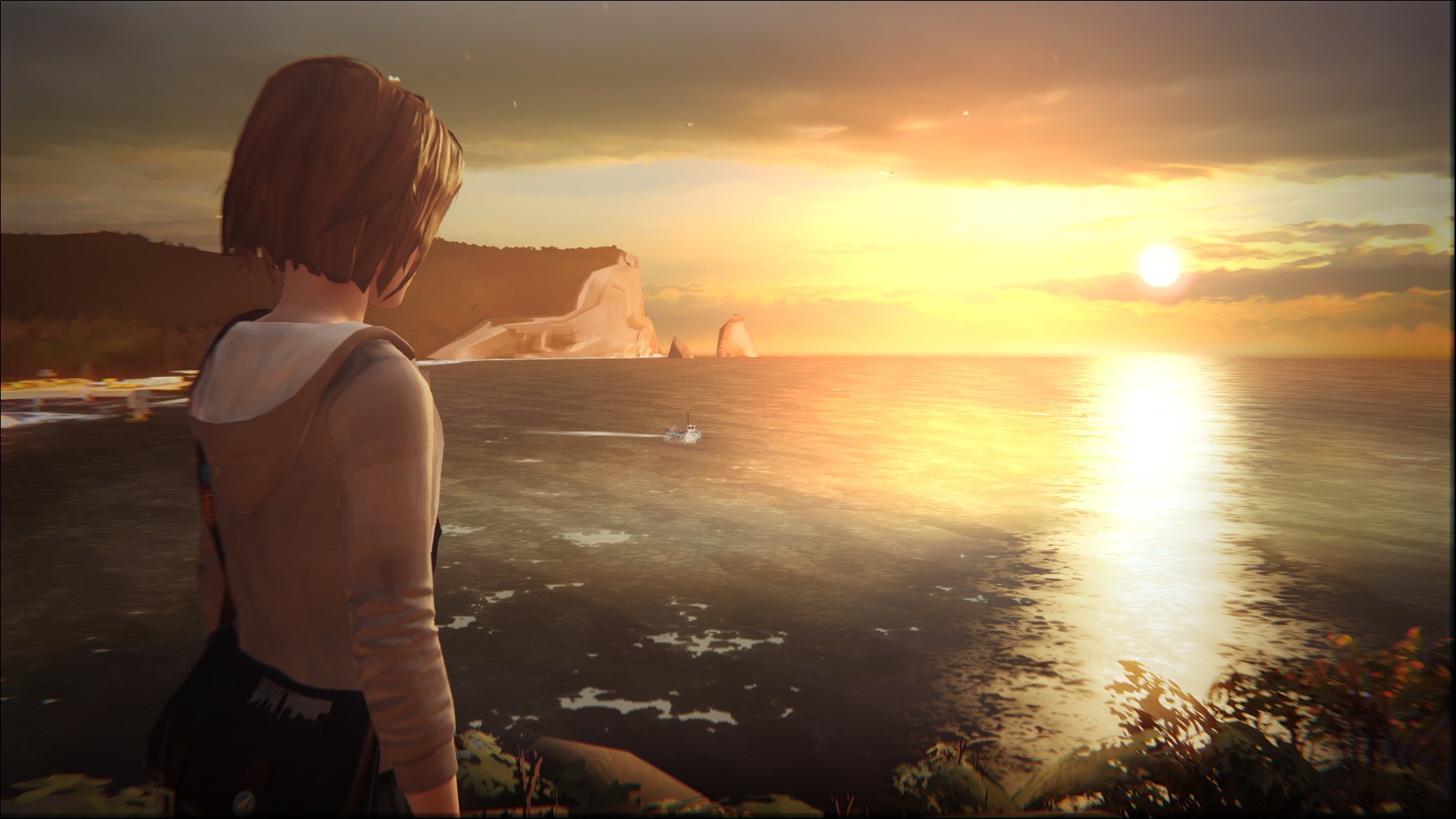 The relationships between the characters are well developed, making it clear to the player which are friends and which are not. Thus, it allows you to quickly attach to them (as with Kate, a student to whom you will have to bring your help at all costs), or on the contrary to hate them (as with Victoria, the popular of the school, and Nathan...). But be careful not to trust your feelings for these characters too much!

Besides, you are warned: Life Is Strange plays a lot with emotions, and will make you go from joy to the shedding of tears, including anger. It can also make you feel guilty about some of your choices, even if your regrets will not necessarily be immediate (and sometimes inevitable). Finally, some of the relationships you develop with the other characters may create doubt in you, about how you behave with them, or even create tension when seeing what they could possibly do.

As for "secrets", you will be able to take some hidden photos: since Max is a photography buff, it seems logical to put her talent to contribution (other than through the main story). So, if you pay enough attention to what's going on around you, you can capture special events and add them to the "photo" part of Max's personal notebook (all accompanied by Steam achievements).

Finally, I think it is important to note that even if the game seems calm and sympathetic in appearance, it is sometimes quite different, so it is not necessarily intended for all audiences (suspense, slight fear, disturbing scenes, blood... , although this is extremely rare and rather marks the end of the game). 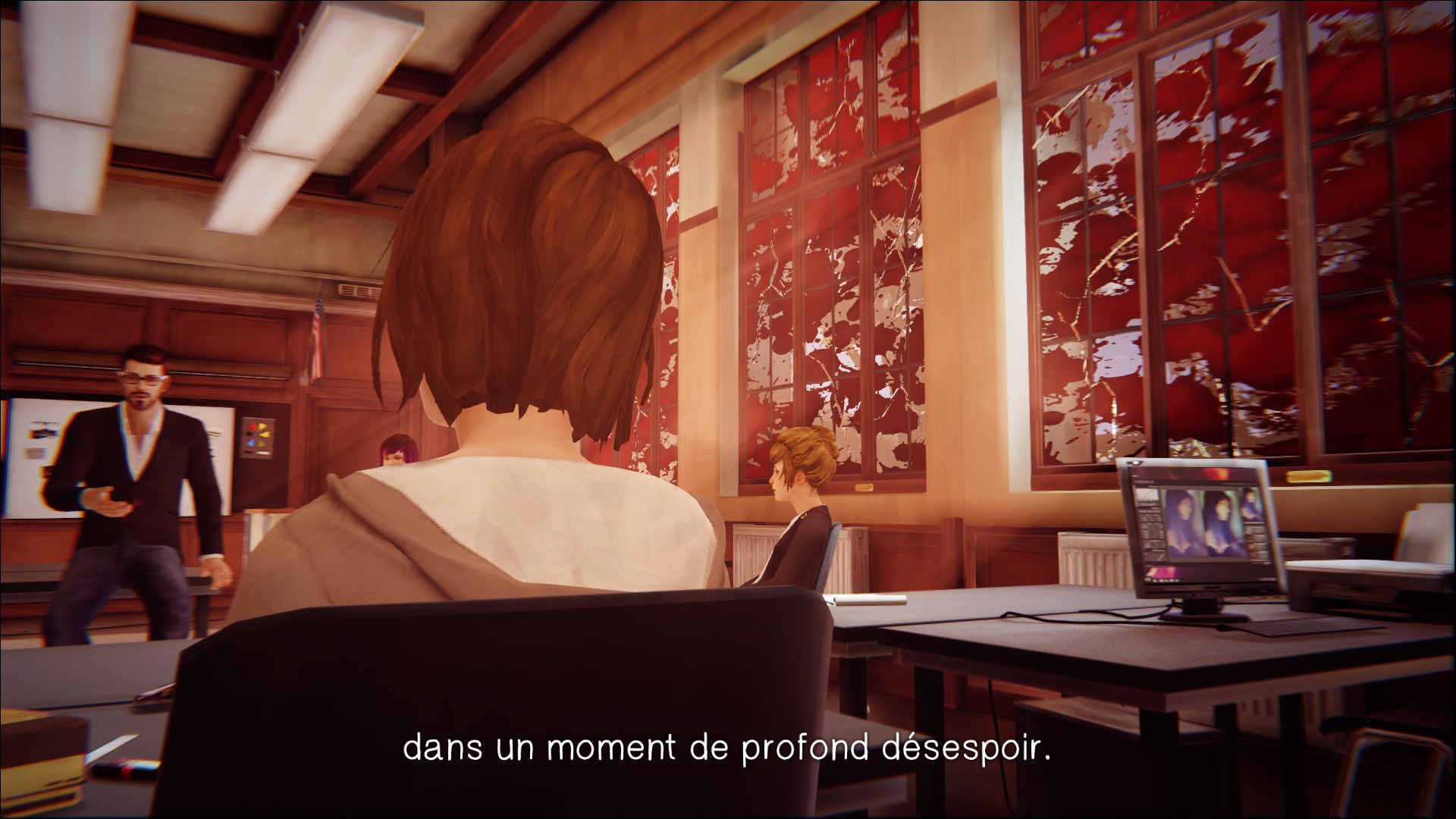 Either way, this game is a masterpiece, and it's up to you whether you like it or not. The plot is particularly captivating, with a rather frightening and interesting mystery to solve. The interactions with the characters all provide information about the story and allow you to progress in your investigation... but beware of false leads! Anyway, I really advise you to try it, especially since the first episode (because the game is divided into five episodes, like Telltale's games) is now free. Also note that two "sequels" are available: Life Is Strange: Before The Storm, which takes place before the original story, and Life Is Strange 2, which is a real sequel. 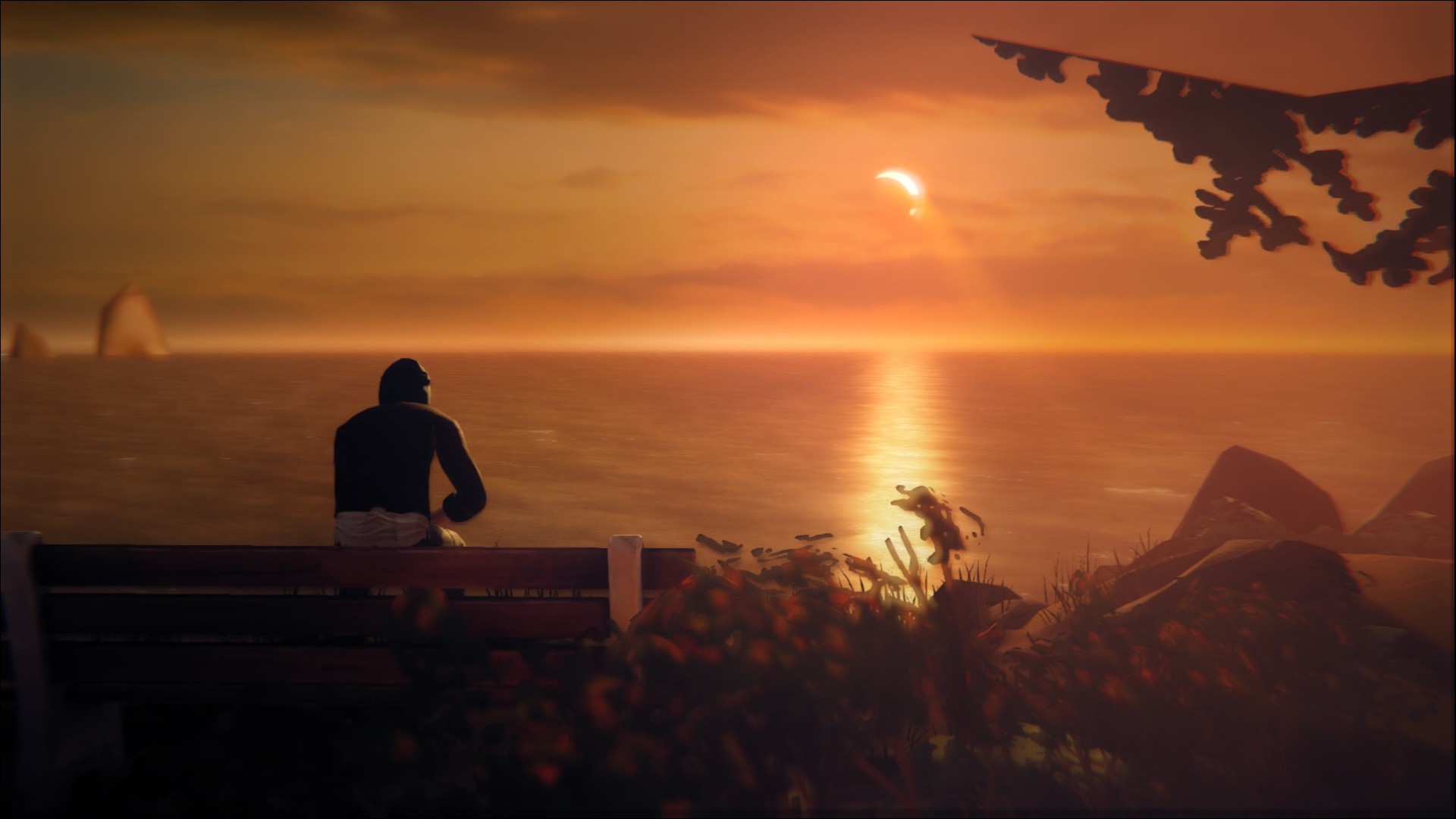